What’s so great about the Franciscan Texan Missions? Three reasons a visit to the Missions will be an unforgettable experience. 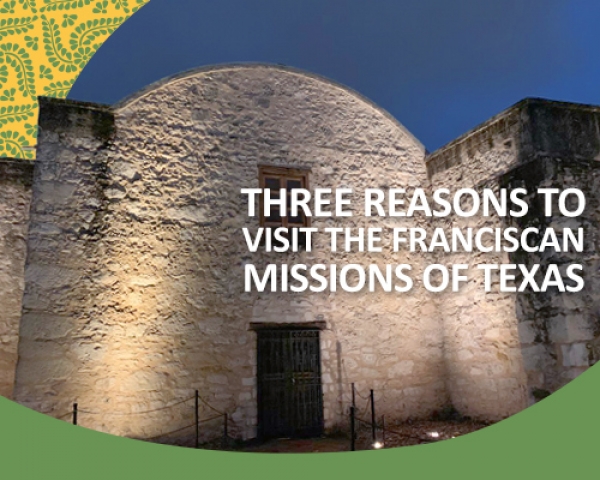 In the seventeenth and eighteenth centuries, New Spain extended far beyond modern Mexico, reaching as far north as what is now the US-Canadian border and, to the south, deep into Venezuela and beyond.

Now known for being the largest US state, during the time of New Spain Texas covered a much smaller area. For all its smaller size, however, it was a hotly disputed area. Anglo-Americans, Tejanos (Texans of Mexican decent) and, of course, Native Americans, all lived in the Gulf of Mexico state. These turbulent times, together with the fact that French Louisiana was just across the border, meant that the Texas of the day was in a near-constant state of quarrel.

1. The religious history of the Franciscan Missions in Texas

As part of the Spanish colonisation process, it was decided at the end of the seventeenth century to open a series of missionaries in order to reach out to the local Native American population, the Coahuiltecan tribes, with the God’s message. New Spain aimed to grow deeper community roots in Texas and the newly-founded missions offered the local population classes in crucial skills such as blacksmithing, weaving, masonry, and carpentry. The Franciscan Texan Missions grew in number between the seventeenth and late eighteenth centuries, eventually numbering 18 within Texas itself and a further nine outside the area. Run by Franciscan monks and priests, the mission houses offered a space where those not born into the Catholic faith could learn God’s word and join His family by converting to Catholicism. From a political point of view, the conversion of the native population to Catholicism made sense; however, it also allowed for God’s word to be spread to those who would otherwise have had no chance to hear it.

One priest in particular is well known for his dedication to spreading the light of God to people who had never before had the chance to experience it. Father José Antonio Díaz de León was born in 1786/7 and, following his Theology studies at the College of Nuestra Señora de Guadalupe in Zacatecas, he was ordained in 1815 before moving to Refugio, Texas to begin his work at Nuestra Señora del Refugio in 1817. Three years later, he moved to present-day San Antonio to continue his work, at the Mission San José y San Miguel de Aguayo. By the time the Mexican government handed over control of the Texan Missions in the mid-nineteenth century, Father Díaz de León had spent years connecting with the converted Native American population, and had hoped that control of the missions would be handed to them. He was disappointed to discover that control was in fact being handed to Anglo-American colonists. Throughout the rest of his life, Father Díaz de León worked tirelessly to spread God’s message.

2. The unique beauty of the Franciscan Texan Mission buildings

Still largely in good repair, these days the Texan Mission buildings are a historic reminder of the difficulties faced by all who lived through these restless times. San Antonio’s The Alamo is perhaps the best known; tucked away in the laid-back city’s picturesque downtown region, it is now famed as the historic site of 1836’s Battle of the Alamo, a 13-day siege that formed an important turning point in Texas’ battle for independence from Mexico.

Established in 1690, in Weches, Texas, the Mission San Francisco de la Espada was the first of its kind. 40 years after being founded, the mission was moved closer to San Antonio and is now one of the five missions that form UNESCO World Heritage Site the San Antonio Missions National Historical Park.

Comprising five missions in total, with each walled compound encircling a church and living quarters, the San Antonio Missions National Historical Park is a breathtaking place to begin exploring this fascinating and important portion of Catholic history in the New World. One particularly popular option for visitors is to take in the River Walk’s Mission Reach, with trails stretching eight miles to include pavilions, bridges, and portals to the San Juan, Concepción, Espada, and San José Missions, as well as The Alamo.

Built in typical colonial style, each of the mission buildings is a testament to the hard work and dedication of the local converted populations. While design varies greatly from mission to mission, each brings to mind a wonderful combination of European-style churches and cathedrals, typically Mexican décor, and something uniquely Texan. Most have beautiful steeples or towers and facades with decorative brickwork, and many have grand columns gracing their entrances. Historically, the land around each was owned by the mission and used for farming and smithery; however, in many cases these days, this land has been re-purposed and now forms small, peaceful park areas where visitors can relax in the shade to contemplate the religious and historic significance of the missions. 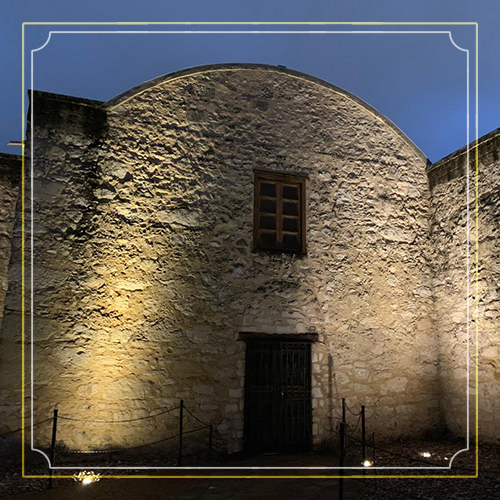 3. Connecting with God through palpable history

The missions’ church interiors provide wonderfully cool respites from the often-intense Texan heat. They are simple in design, with wooden altars and pews, plain white walls, and simply decorated ceilings. Their grace is in their simplicity; on entering, visitors are struck by the impression that, here, it is not only possible but innately encouraged to sit awhile and contemplate God’s love.

Unlike the Alamo, the four other missions at Missions Park, San Antonio still offer weekly masses to the faithful, whether locals or visitors. Despite the Alamo’s fame, the other four missions actually offer better representations of historic life, with their still-intact walls surrounding thriving churches and a plethora of other buildings where visitors can see with their own eyes how members of the converted Coahuiltecan tribes lived.

Mission Concepción is a wonderful place for visitors who admire beautiful architecture, with ornate frescoes; it is also the only Mission in the area that’s never suffered major damage due to the ravages of time, making it the park’s most authentic site to visit. Mission San Juan is known for its picturesque white churches, while Mission Espada features an incredible original aqueduct–the oldest in the US still in working use. The largest of the park’s Missions is San Jose, where tourists and pilgrims can learn more about the area’s religious history with a trip to its museum before taking in the splendour of the church’s Rose Window.

With the Catholic faith such a large part of San Antonio’s vibrant history, there are many times of year when visitors can experience the fun side of the city. Fiesta San Antonio is an 11-day festival held each April, with religious ceremonies, and exciting street markets and multi-cultural food stalls lining city streets. San Fernando Cathedral holds its lauded Passion Play, particularly renowned for its longevity, having been performed annually for over 250 years.

For those seeking tranquillity in these serene surroundings, yoga classes in the Mission park are a great way to relax, unwind, and enjoy the beauty of God’s natural creation. There are lively Dias de los Muertos celebrations throughout the park each October, as well as annual Mexican arts and crafts shows, environmental conservation classes, and a host of frequent religious festivals and events.

So, why not take some time this year to learn about the rich, diverse, and fascinating historic culture of the Francisan Missions in Texas? Discover more, with Tours Peregrinos Mexico! 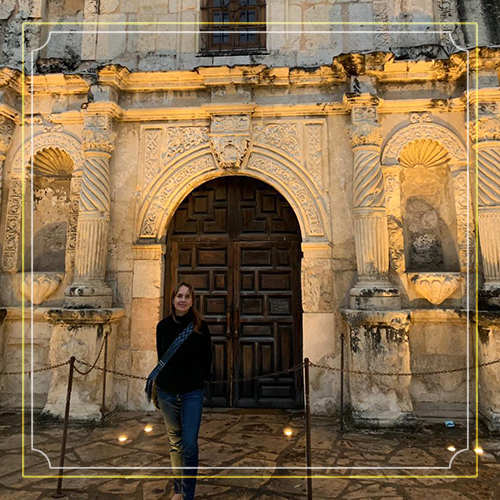