Chichén-Itzá: The Heart of the Mayan Civilisation 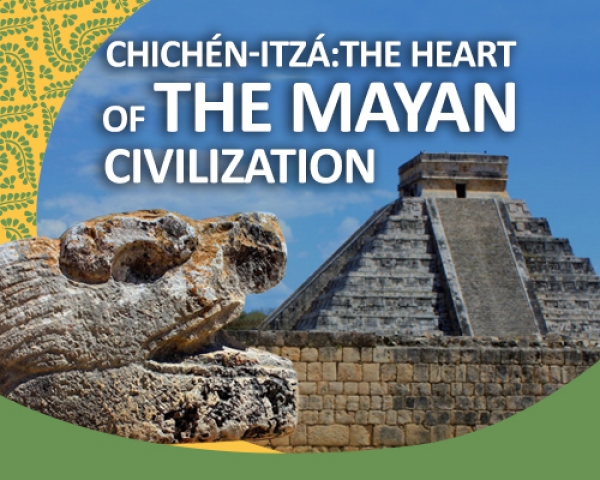 Chichén-Itzá still stands strong as the epicenter of the Mayan civilization, attracting millions of tourists annually who come to admire, learn about and walk among its ancient ruins which were declared a World Heritage Site by UNESCO in 2007.

In its heyday, Chichen Itza was the most important and powerful city in the Yucatan Peninsula, an important center for mathematics, astronomy and religion.

The Mayan civilization extended to what we now know as Guatemala, Belize, Honduras and El Salvador, and their reign over these regions lasted until around 900 AD, after which it declined rapidly. However, the fascination for their incredible lore, art and science, as well as their architecture - all pillars of their culture - are still valid and enjoyed today; and the mystery of deciphering the many hieroglyphs that are still misunderstood still attract researchers from all over the world.

Chichén-Itzá was built to honor astronomical phenomena: the cycles of the sun and the moon, the planets and the stars by the Mayans. From the Observatory, known as “El Caracol”, they regularly predicted agricultural cycles, eclipses, and built the most accurate calendar in history, which didn’t even need the help of leap years to adjust.

Chichen Itza stretched out over 25 square kilometers, and grew in concentric waves to the outer edges of the great City. Its religious and administrative heart gave rise to the area where the elite resided, in colorful and grandiose palaces, which in turn would fade out to smaller, simpler palapas with palm roofs, built on green pastures, where the rest of the city lived and worked the land. Interestingly, just before its decline, the population of Chichén-Itzá had more than 50 thousand inhabitants!

The main attractions of this archaeological site include: The Nun’s Convent, the Observatory, the Temple of the Warriors, the Ball Game area, the Temple of the Jaguar, the Market, and the magnificent centrepiece - The Temple of Kukulkan, which has achieved international renown for its significance in relation to the events of the solar equinoxes.

The sunsets of March 21 and September 22, when the spring and autumn equinoxes begin, the sun's rays descend according to the perfectly calculated architecture of the Mayans. The projection of warm light descends through the nine platforms of the Temple of Kukulkan as the sun sets, thus forging the impression that a gigantic serpent descends into the world of mortals.

The legacy of the Mayas endures, precisely, in events like these, since the astronomical cycles are consistent and Mayan mathematicians and scientists studied and came to learn of them with precision. To this day, the mystery and magic of the sacred city of Chichén-Itzá still remains.

Come with Tours Peregrinos Mexico and allow us to introduce to your group, one of the incredible wonders of the new world; learn more about this and other pilgrimage options in our Leisure & Entertainment section.